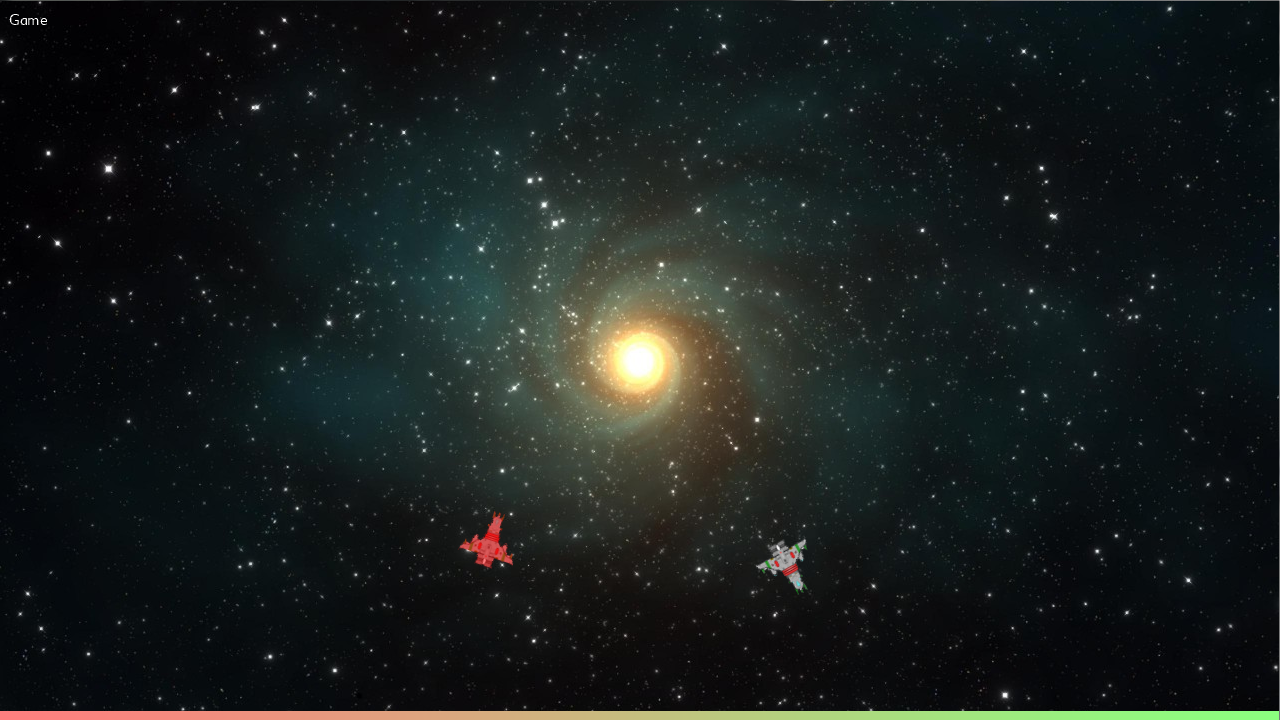 In the last Networking for Games class we spent two and half hours doing game jam with a networked game. The goal of the game jam was to build Spacewar! in XNA. With the challenge in hand, Alex Tardif and I joined forces, and recreated the nostalgic game.

Given the challenge of making Spacewar! in a limited time frame, we chose to use my code base which was already oriented for a networked top-down shooter. While far from perfect, the codebase was sufficient for the needs of the game. At this point we began hacking in the necessary changes to create Spacewar!.

Before the game jam, I had already built in the necessary systems to pass data with headers. Anything new that we needed to send between clients, like health, could be painlessly added:

We were able to achieve the desired handling of the ship after making a few changes to the way acceleration was applied. Health was a simply a matter of adding and syncing a damage value for each ship. And the stars gravitational pull was achieved using the following calculation:

When the ships or projectiles fell under a certain distance from the star they would be destroyed.

After getting the desired functionality into the game and testing it over the network, we improved the artistic direction. The art assets used were from the following sources: background and ship.

At this point a working version of Spacewar! in XNA. The video below shows two ships battling it out in a networked session (currently supports up to 8 players).

The following video shows a single ship orbiting the center of the screen. Once the ship was maneuvered into the desired position it successfully orbited the star without user input.

The game jam was fun session for rapidly developing a networked game. It demonstrated the additional challenges that arise when trying to network games in a limited time frame. Overall we were pretty successful in replicating Spacewar!. There were only couple of known bugs at the end: a projectile destruction issue (fixed) and player spawn inconsistency between clients. This definitely reinforced my desire for improving the architecture (as I have time, I’ve been refactoring my code in a separate branch of my git repository).