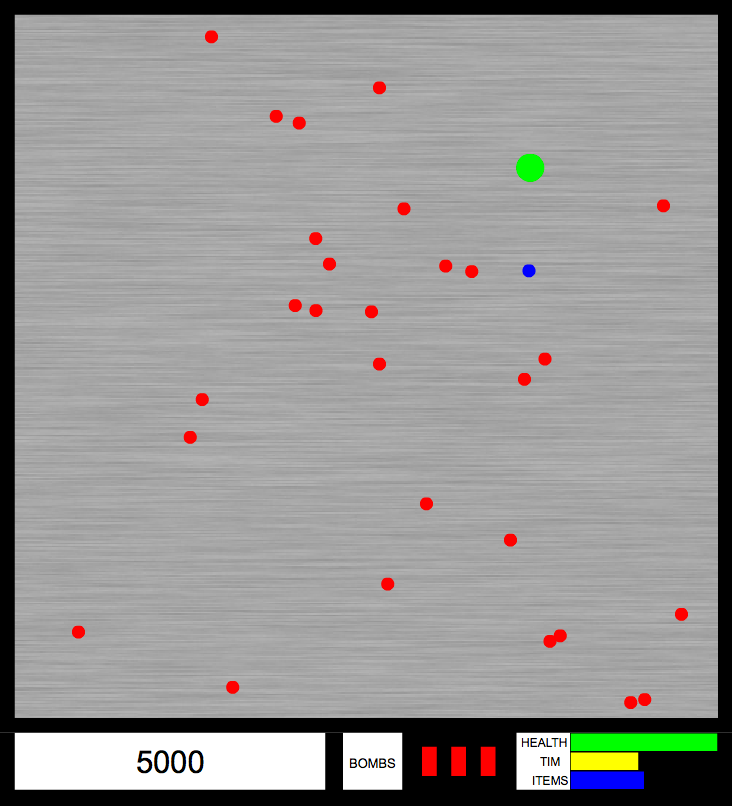 Dot is a simple game built with Flash. The player must move the green dot around the screen to pickup collectibles. During collection the player must fight to keep the green dot under control, while avoiding enemies. The game was built during an introductory game course at Champlain College. Using an accessible tool like Flash, it was easy to grasp important game concepts that would become prevalent in the development of future game projects. The concepts included, but were not limited to game state (e.g., start game, end game, level change), player, enemies, objects, collisions, physics, and heads-up display.

As the player progresses through the game, the playable space decreases, and the game becomes increasingly difficult. The game tracks score, health, time, items collected, and bombs. The critical pieces of information are presented in visual bars, which scale according to the state of the information. 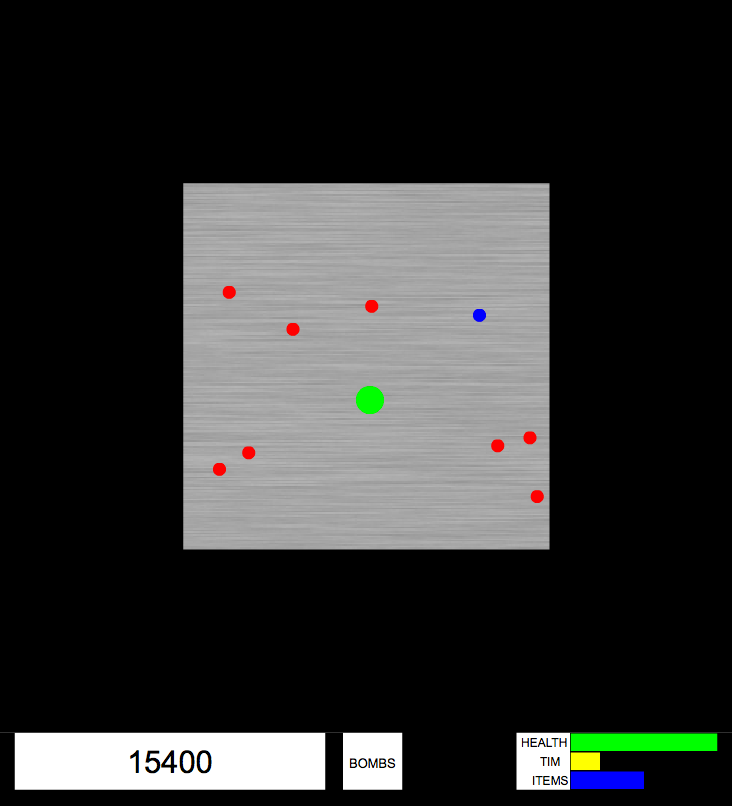 After the success or failure of a level, a screen will be presented to show the current score and the result of the level. If the player succeeded, then they will be presented with the next level when ready; otherwise, the player will be sent back to the beginning of the game. 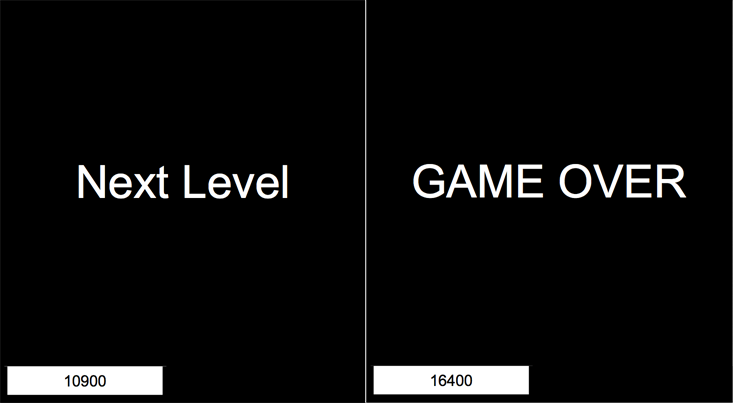 The game, while simple, is still missing a some important elements, including a main menu, a pause menu, a help menu, and visual cues (e.g., tell the user to press a specific button at the end of a level to continue or restart). In future game projects, I would mitigate or resolve these issues.

To beat level the player must collect 10 items (the blue item bar will fill as they are collected). Each item collected will add 1000 to your score. Hitting a wall will remove one item from the collected items, and subtract 250 from score. Hitting an enemy will take a quarter of your health, and subtract 500 points from score. Using a bomb will clear all enemies, and add 200 points to your score for each enemy removed. In addition to the normal points, you’ll earn bonus points for the time remaining at the end of the level.