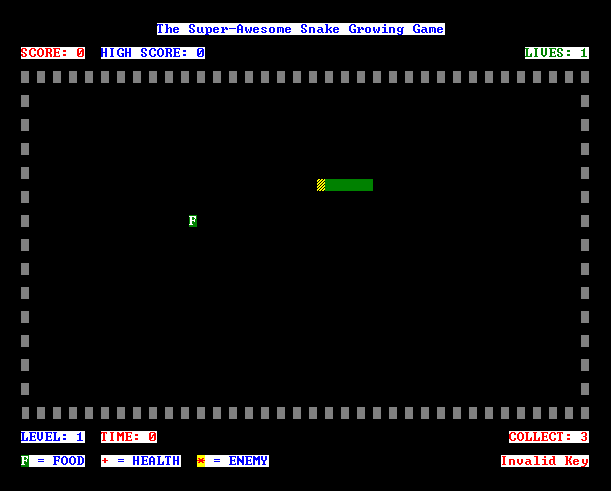 The Super Awesome Snake Game is an adaption of the classic snake game. C++ and the Win32 API were used to develop the game during a game architecture course at Champlain College. Snake uses several systems that are commonly used in the architecture of games, which include input, graphics, animations, events, messages, assets, interface, entities, physics, state, and time.

Given that the project was developed in a short period of time, the systems used could only be developed to a primitive state. While the initial systems were primitive, this has sparked an interest in researching and expanding upon these systems. In a later project, Light, I furthered the development of these systems and introduce new functionality.

The goal of the game is to grow a snake by collecting food. Once the necessary amount of food has been collected, the player will proceed to the next level. The player has a limited number of retries before there health runs and the game is reset. To increase the difficulty, the number of enemies spawned increases in each level. 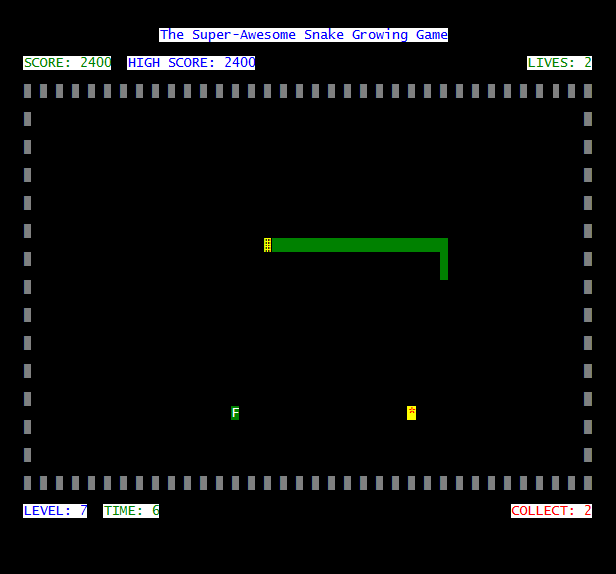 If the player is in dire need of health, the screen will transition into an alert state. The screen will become red, warning the player that any mistakes could end the snake growing journey. 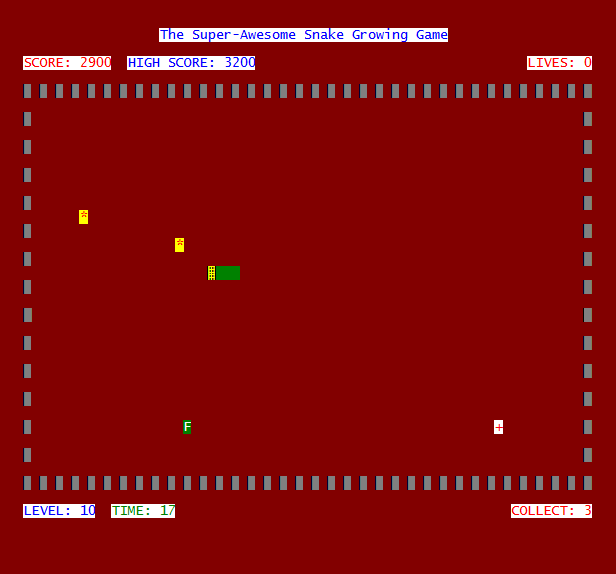 If at any point the player runs out of lives or time, the player will be presented with a game over screen listing the current score, the high score, and the final level played. 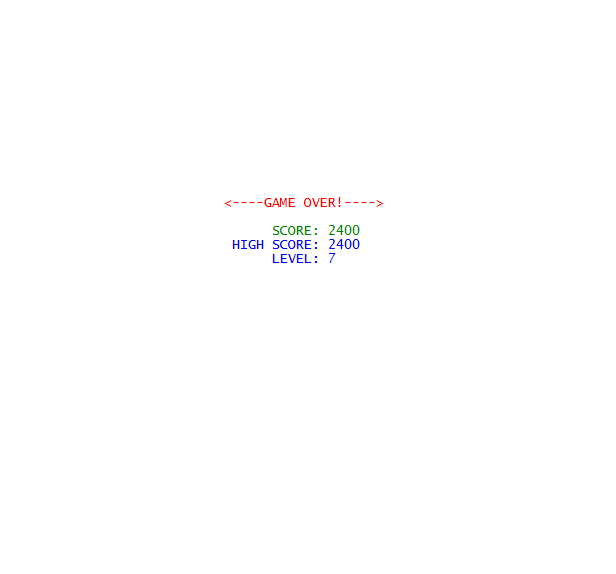 Storing and Moving the Snake

The snake can be stored in a linked list. The list would consist of a head node that references the head of the snake and linked nodes which reference the body of the snake x-x-x-x-x-o. The snake data consists of position, and a sprite (ASCII character) or a sprite animation (multiple ASCII characters).

Assets consist of text files that define the ASCII characters to use for each object in the game. The game pulls in data for the snake (head and body), health, frame, enemies, and collectibles. Enemies contained a simple two frame animation (easily extendible for longer animations). Each frame of the animation would be stored in a text file with the specified ASCII characters to use. For such a small project, an std map was sufficient for storing assets; however, in a more intensive game where processing speed and memory management really count, it would be ideal to augment a data structure to fit the needs of the project.

For this game, the only critical piece of information that needed persistence between sessions is the high score. The high score was tracked and stored to file on every session. In future projects, saving and serializing data is essential to the game experience.

While I have no immediate plans to improve or change the project, it might be interesting to create a level system that loads unique levels from text files. A level system could introduce barriers, obstacles, doorways, and a number of other objects that are more stimulating than the repetitive spawning of enemies.