Quadtree Level of Detail for Heightmaps 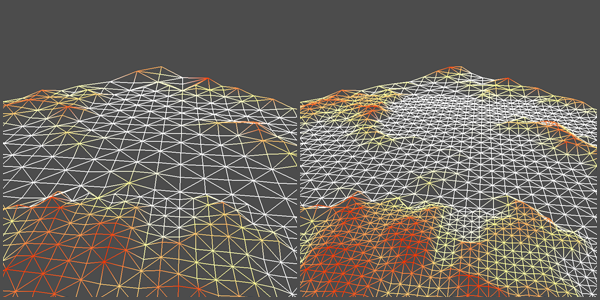 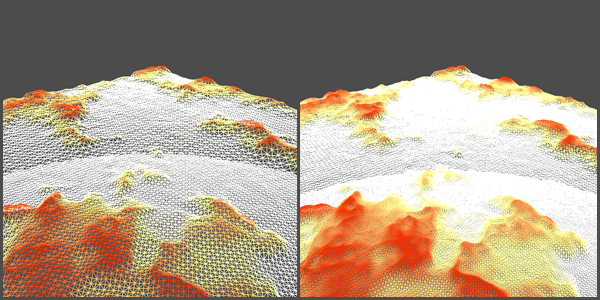 As a final project in the 3D Graphics Programming course at Champlain College (taught by John Pile), we were tasked with the following:

I chose to implement level of detail (lod) for terrains (heightmaps) using a quadtree, C++, and OpenGL. In this technical write up, I will be describing the process and techniques I used to create the quadtree and level of detail implementation.

Representing the Terrain with Triangle Fans

Initializing, Updating, and Drawing the Quadtree

The next step is to take the triangle fan data, and store it in quadtree. I constructed the quadtree with the following components:

The first step is the initialization of the data. For this project, I chose to initialize all of the data (all levels of detail) at runtime; a more efficient technique might be to load the terrain in chunks, or only load levels of detail when you need them. The triangle fan in Figure 1 can be added to the quadtree by creating a node and adding the (center and outside) points as data. To initialize a higher lod, a child of the previous node can be created. The initialize function would look something like:

The other portion of the update is determining which points in each triangle fan are enabled (as Figures 1-3 show). Points will be enabled depending on whether child nodes are enabled. The update function would look something like:

The quadtree level of detail implementation that I described works, but there are many improvements that could be made. As of now, there are three main things that need to be improved or fixed: t-junctions/cracks, popping, and performance. 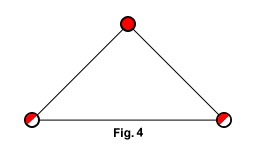 T-Junctions or cracks, occur when there is a change in the level of detail between neighboring nodes. The result of a t-junction, as shown in Figure 4 by the additional red point, is gap in the terrain. This can be solved by checking the neighbor nodes to see if an additional point needs to be added. I’m currently in the process of fixing the t-junctions. I’ve implemented the traversals necessary for determining neighboring nodes; now I just need to correctly enable the additional points. 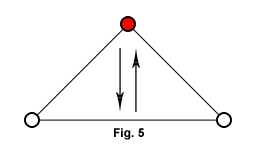 Popping is another issue that arises when apply level of detail to terrains. Points are removed from the terrain when reducing the level of detail. If there’s a large difference between points, then the terrain may drastically increase or decrease in height. The red point in Figure 5 is a point that could potentially be disabled, if it was, then the height at that point would be nonexistent. A potential solution could be to check the distance between points, and if there greater than a certain amount, then the point should be enabled.

The level of detail implementation, in comparison to full detail triangle strips, has improved the performance. While the performance has improved, there are number of techniques that could be used to make a significant improvement. As of now, the entire terrain is being updated, when only the portion in view need to be. I’ve started looking into frustum culling, which would drastically reduce the number of calculations and calls for every frame. This would cut out unnecessary time spent on the terrain that is out of view.

In addition to the level of detail implementation, I have added a water ripple effect and height based color effect in the vertex shader using:

I’ve enjoyed working on this project over the past couple of weeks, and I intend to continue working on my implementation. In the near future, I hope to fix some of the issues I described above, as well as implement new features.